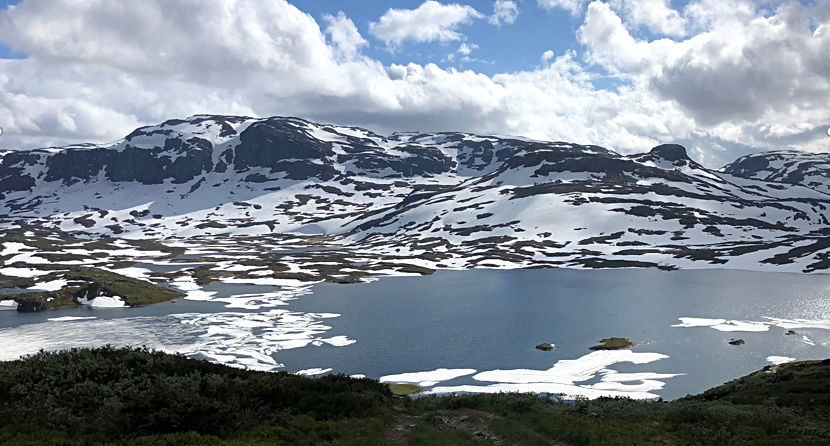 We expect Norwegian reservoirs will reach 93%-95% of max capacity in the first half of August, but developments will be bumpy and uneven across the country.

Based on these latest develoments, we have reviewed the Norwegian hydro-balance and updated our forecasts for snow, groundwater and hydro-reservoir levels.

We've also made a special case study of NO2 which we’ll publish later this week.

Inflows dropped sharply from 29 June (start of wk 27) as the weather turned colder. Currently (wk 28) inflows are at 90% of normal, while only a few weeks ago they were close to 200 % of normal, as illustrated with the following snapshot from EQ’s online hydrology tracking and forecasting service:

Today's snow + groundwater levels are about 10 TWh higher than normal (= 20-8-2 TWh), which is an all-time-high.  Statistically, a snowpack of 2-3 TWh could survive the summer without melting:

We currently estimate that the water filling for Norway as a whole will be 85% by the end of week 29, down from our May forecast of 89%.

We expect 7-9 TWh of water spillage during August, and we don't expect declining reservoirs until the end of September given normal weather conditions. In this calculation we assume that the export capacity from Norway remains reduced.

All in all, despite declining inflows, there is still more than enough snow to be melted for the hydro reservoirs to reach close to full capacity this summer.

You may follow our continually updated hydrology forecasts online by logging in or signing up to our service.