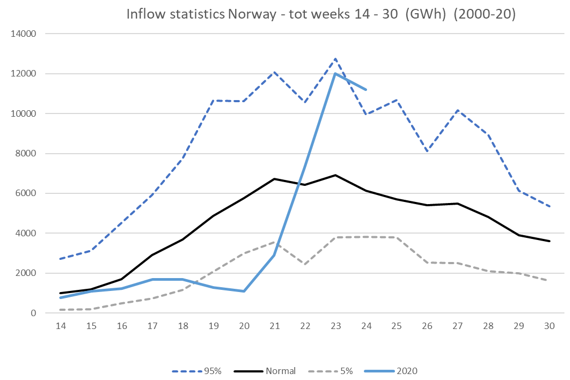 Extreme melting & inflow with a risk of 10 TWh spillage

“During the forecast flooding situation in mid-June, we estimate 1-2 TWh of spilled water, while the second wave, when reservoirs are full, will be more severe,” says EQ’s hydrologist Eylert Ellefsen.

“Wet conditions in July and August may cause severe flooding damage along several watercourses. We estimate 8-9 TWh spilled water in August given normal precipitation.”