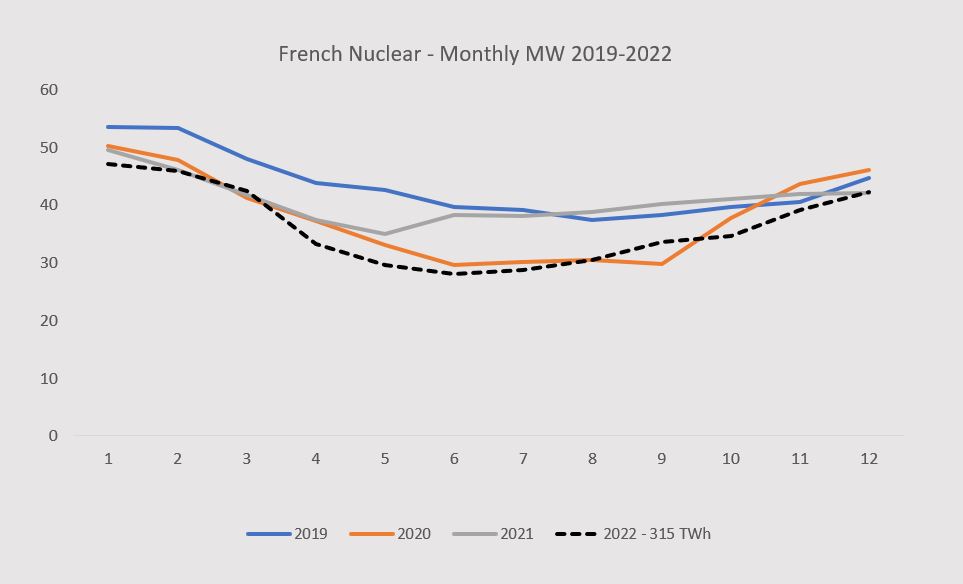 Could France become a net-importer with nuclear power at it’s lowest since 1991?

The available nuclear capacity in France was very low at the end of Q4 last year, whilst outlooks for Q1-2022 were also lower than normal by the end of 2021. Around this time, we published a blog post focusing on the low availability during February, which could mean a strained supply situation in a cold-weather scenario. This was reflected in very strong forward-prices for Q1-months during December as markets included strong risk premiums in case of a cold spell.

Since the turn of the year, the weather has been rather mild and windy across Central and Western Europe (CWE), meaning that spot prices for the area have turned out significantly lower than expected, despite the fact that even less nuclear power than had been predicted has actually been available.

Even more nuclear outages throughout 2022 have been announced in the last few weeks. On January 14th, EDF announced new and prolonged outages for this year as safety inspections at several plants had to be planned. Ultimately, this has resulted in a reduction to the production target such that EDF now plans to produce between 300-330 TWh this year – revised downward from an earlier target of 330-360 TWh.

By February 6th, EDF announced that two plants - Penly 1 (1.3 GW) and Chooz 1 (1.5 GW) - would be subject to a 5-month extension of their already planned outages. This accounts for about 10 TWh of the planned drop in output. With the announcement of other extensions, EDF has now reduced their 2022 target to 295-315 TWh – said to be the lowest level since 1991!

Based on the latest availability data (REMIT), EQ has adjusted the weekly nuclear production data to fit the yearly target of 315 TWh. This is shown in the chart below, including the 2021 production curve. During Q2 and Q3, the production is estimated to be lower than 30 GW. This is close to the 2020 pandemic level and around 10 GW lower than last year.

French nuclear output has not reached the 400 TWh level since 2015, so to show the direction of travel in recent years, we have included the numbers for nuclear production since 2016 in the table below, as well as a monthly profile of nuclear production over this time period in the following chart.

The table below shows the power balance for 2022 in comparison to the 2019-2021 numbers. Estimates for 2022 are based on actuals and forecasts for January & February, as well as normal expected levels further out.

In the past, France has had a yearly net export volume of about 40-50 TWh but for 2022 we expect a net balance of close to zero. From the Quarterly GW-profiles, we see close to zero balance during most of the year. By way of comparison, recent years have seen about 5-6 GW net export throughout the year on average.

This low nuclear availability has lifted French forward prices to even stronger levels than we would have seen based on the price-determining gas-fired cost (SRMC) alone. This has also impacted the price-spreads between France and its neighboring countries. We have focused on the spread towards Germany in the next section.

The following chart shows how the Base Q2-price has been traded since New Year for France and Germany – in which you can see the increasing spread as well. This is mainly related to the reduced nuclear output, evident in the way we see that the curve grows from mid of January.

We normally see spot prices in France and Germany staying closely coupled during Q2 and Q3, but this is not the case for 2022 as the power market sees it today. This is illustrated in the table below, including average Q2-prices since 2018. On average, the spread is 0.30 €/MWh between 2018-2021.

The price level for 2022 cannot be compared to the previous level given the huge difference in fundamental drivers, but we do see a 9% spread, significantly larger than in previous years.

Normally France is an exporter during Q2 and Q3, bringing the spread towards Germany close to zero, but the situation will be very different this year.

The analysis of the current French nuclear situation shows that France will not remain a strong net exporter to the European power markets this year – the situation that we are normally used to seeing – and France will most likely have a net export close to zero meaning larger than typical price-spreads towards their neighbors.

Please contact us if you have any questions, or would like to talk about our data by emailing support@energyquantified.com 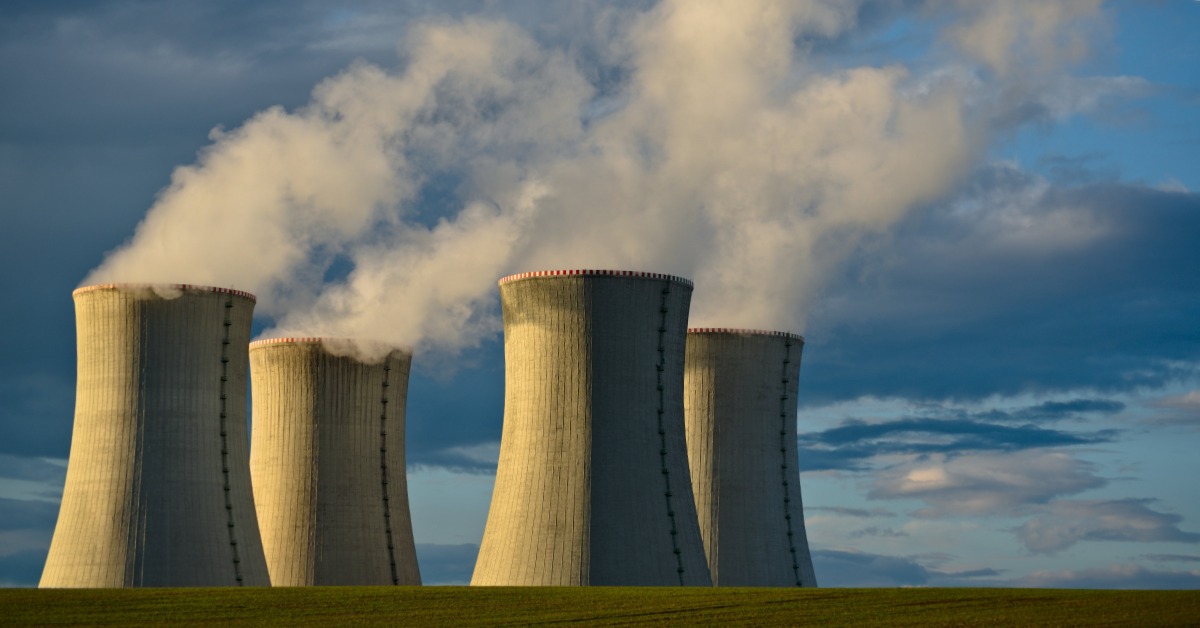